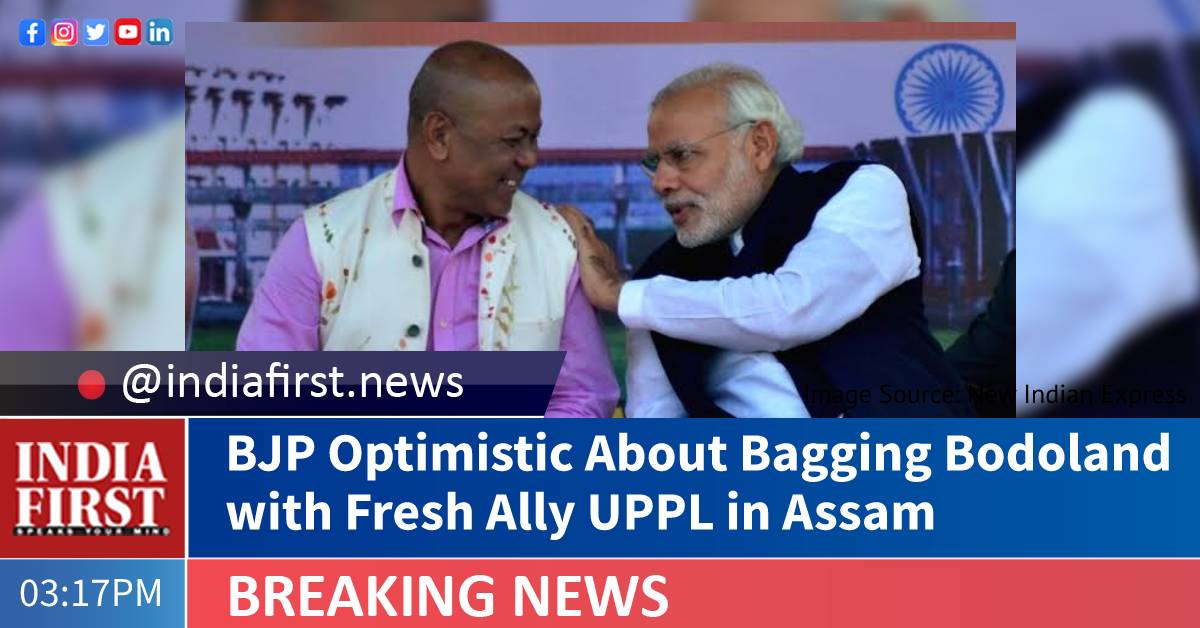 Despite losing the Bodoland People’s Front (BPF) as an alliance partner, the BJP is still confident of sweeping the Bodoland region in the Assam Assembly polls with its new ally United People’s Party Liberal (UPPL), said a senior BJP leader on condition of anonymity.

The saffron leader asserted that the new alliance with UPPL will be a chance for the BJP to recover the lost bastion.

“Electorally nothing is going to change on the ground. The UPPL and BJP is a choice to the Bodo people. The new coalition is garnering huge support and the Bodoland region will be swept by the ties,” he said.

Announcing snapping of ties with BJP, BPF Chief Hagrama Mohilary tweeted: “To work for peace, unity and development the BPF has decided to join hands with ‘Mahajath’ in the forthcoming Assam Assembly elections. We shall no longer maintain friendship or alliance with BJP.”

After snapping ties with the BJP, the BPF has joined Congress-led ‘grand alliance’ to contest the ensuing Assam Assembly polls.

Elections to the 126-member Assam Assembly will be held in three phases on March 27, April1 and 6, and the counting will take place on May 2.

Cracks appeared to have developed in the alliance between BJP and BPF after the Bodoland Territorial Council (BTC) polls in December last year.

Of the 40 elected seats in BTC, the BPF had won 17, while the BJP won 9. The UPPL, on the other hand, won 12 seats, Congress one and Gana Suraksha Party(GSP) won one.

Despite having an alliance with the BPF, the BJP joined hands with the UPPL and GSP in the BTC.

In the 2016 Assam Assembly polls, the BJP has successfully contested the elections in alliance with the Asom Gana Parishad (AGP) and the BPF.

For ensuing Assam polls, the BJP has kept AGP as it’s one of alliance partner and joined hands with the UPPL by snapping ties with the BPF in the Bodoland region.

About 12 Assembly constituencies fall in the region and in 2016 Assam Assembly polls, the BPF won all the seats. Earlier this month, Assam BJP Chief Ranjeet Dass said that together BJP and the UPPL are going strong in the Bodoland region.

“With our alliance partner, the BJP is going to win over 100 seats in the Assam Assembly polls,” Dass had said.