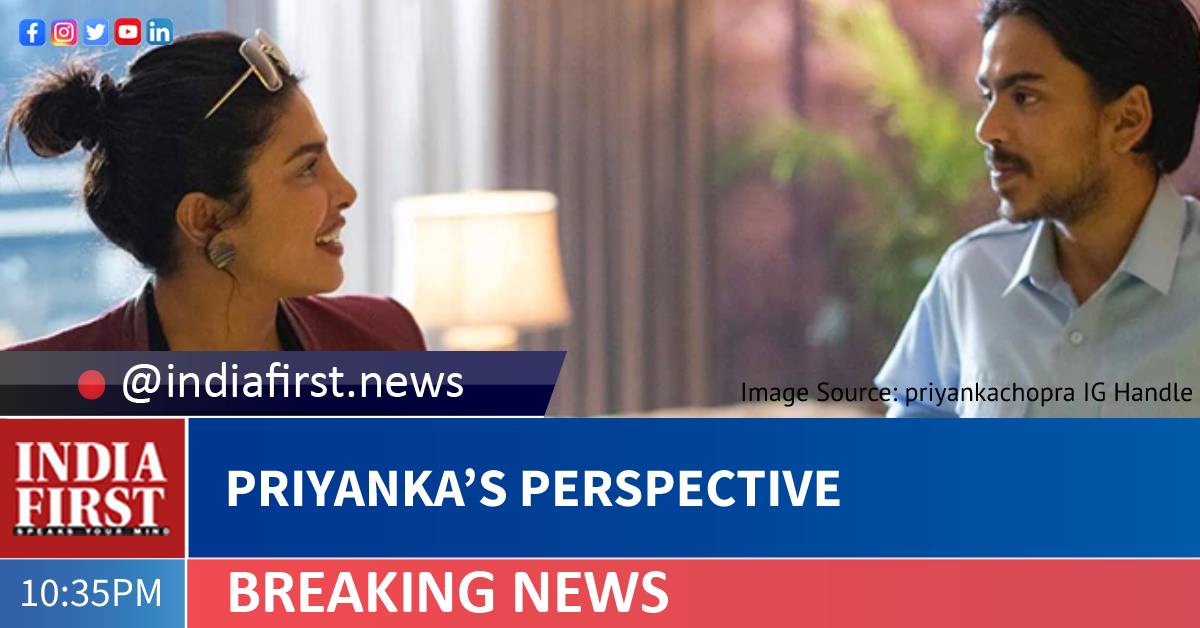 While the Oscar and the Bafta nominations exhilarate her, the Bollywood actress-turned-global superstar shares why she does not pick projects with awards in mind.

Actress-producer Priyanka Chopra Jonas is understandably on cloud nine, with “The White Tiger” making an impact in the awards circuit this season. The film, co-starring and executive-produced by Priyanka, is in contention for an Oscar and two BAFTAS.

“It means a lot to me, I am so proud of the whole team. We believed in the story collectively and, importantly, the story needed to be translated into a film that would connect with a wider audience,” Priyanka said.

At the upcoming Oscars, “The White Tiger”, based on Arvind Adiga’s book of the same name, has a nomination in the Best Adapted Screenplay category for writer-director Ramin Bahrani. At the BAFTAS, actor Adarsh Gourav is nominated alongside Anthony Hopkins and the late Chadwick Boseman, among others, in the Leading Actor category, while Bahrani is in the race for a Best Adapted Screenplay trophy.

As soon as nominations for sundry awards ceremonies were announced this year, a section of social media began comparing it with Danny Boyle’s “Slumdog Millionaire”, which belongs to the same genre as Bahrani’s film. Boyle’s film won eight Oscars and six BAFTAs in 2009, and turned its lead duo Dev Patel and Freida Pinto into overnight global stars.

At 38, Priyanka had achieved international fame long before she got down with making and acting in “The White Tiger”. Her lead actor Adarsh Gourav stands to gain tremendously of course, if he manages to score a win at the BAFTAs, though that could be a challenge in a year when the late Boseman has been winning hearts with his role in “Ma Rainey’s Black Bottom”.

While the nominations are an honour, Priyanka says her involvement with a project is not about the awards.

“We had already done the hard work by the time the awards rolled by, so I don’t think it affected my role as an actor or producer in any way for this film. For me, as an actor and a producer, the audience has always been my end goal. Nominations and wins – especially awards like the Oscars and Baftas – are truly amazing but it’s not why I pick projects,” she asserts.

Priyanka lists “content stories, ones that resonate, ones that need to be told, ones that entertain a wide global audience” as her primary intent when it comes to filmmaking.

“You will never be true to content if you make it to win at the awards,” she says.

For her, the biggest boost that such nominations bring is that they push India, Indian cinema and Indian artistes towards the right direction when it comes to the conversation of inclusivity and diversity.

“I think the nominations are another step towards what we have all been working so hard for – equal opportunity and a seat at every table. We deserve it, not because of some quota that needs to be filled but because we prove every day that we can deliver what is needed. This applies to every industry and not just entertainment,” she says.

“I’m just proud to be in such august company, with women (from) across the world, working hard, breaking barriers, driving innovation, every day,” she signs off.