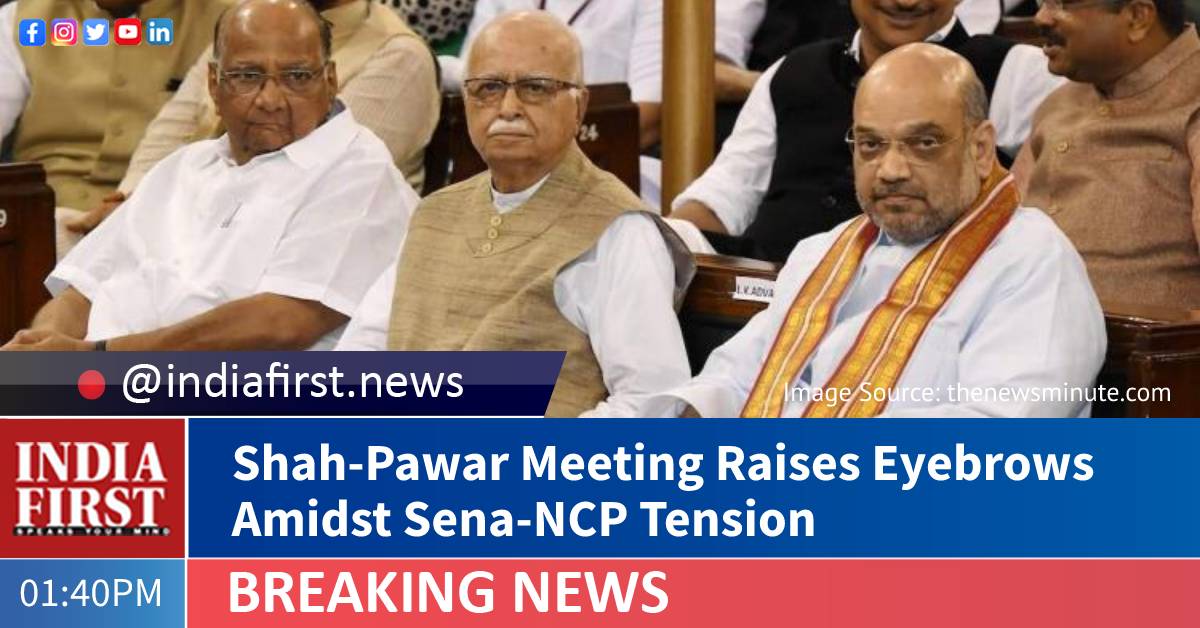 As Maharashtra’s ruling MVA constituents NCP and Shiv Sena spar over state Home Minister Anil Deshmukh, the Congress is staying a silent spectator even as speculation is rife about the motive behind the purported meeting between NCP supremo Sharad Pawar and Union Home Minister Amit Shah.

With Amit Shah indicating the meeting with Pawar did take place in Ahmadabad, though he did not reveal any details, the incident has upset the Congress and the Sena at the crucial time when the BJP has launched an onslaught on the Uddhav Thackeray-led state government.

Sources within the Congress say that the party is watching the moves closely but will not comment publicly until there is some political development.

The Nationalist Congress Party (NCP) took exception to Sena spokesman Sanjay Raut, terming Deshmukh an “accidental Home Minister” in Sena mouthpiece ‘Saamna’, claiming that he was chosen by Pawar for the post after the NCP’s first choices refused.

The NCP hit back, with state Minister and party spokesman Nawab Malik refuting claims that Deshmukh was chosen “accidentally” while Deputy Chief Minister Ajit Pawar said that selecting ministers from the NCP quota was sole discretion of Sharad Pawar.

The NCP chief has given a clean chit to Deshmukh, in wake of the serious charges made against him by former Mumbai Police chief Param Bir Singh in an explosive letter, saying the allegations are “vague”.

On the BJP’s demand for the dismissal of the Home Minister, Pawar said: “During the period about which the allegations were levelled against Deshmukh, he was hospitalised. So, the demands for his dismissal hold no substance.”

Pawar had also said that this allegation has been levelled to derail the probe into the incident of the SUV laden with explosives found near the residence of industrialist Mukesh Ambani.

The Congress, which is silent on these developments and insists that the MVA government will run for full five years, has, however, raised objections on Raut suggesting Pawar as UPA Chairperson. State party chief Nana Patole said that they had raised the issue with Chief Minister Thackeray during their meeting.

Meanwhile, the MVA has decided to launch an offensive against a section of powerful serving and retired bureaucrats, allegedly working in tandem with the opposition BJP to topple the Thackeray government.