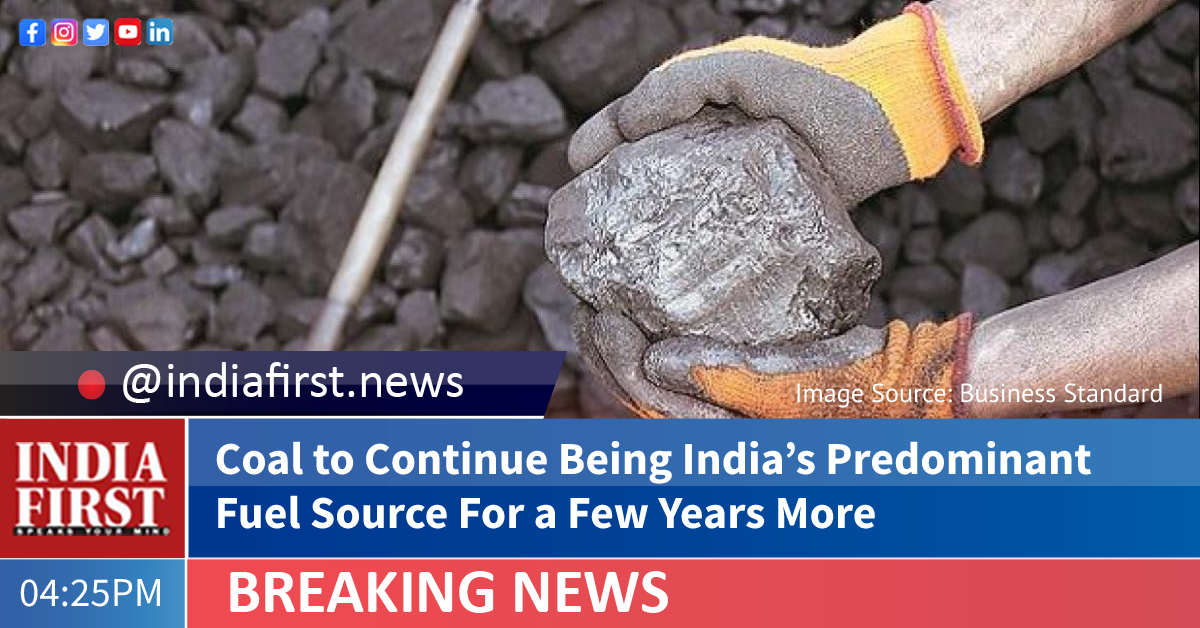 Even as the country pushes for its expansion of the renewable energy projects, coal is set to remain as the predominant fuel in India’s energy mix in foreseeable future.

However, this level of environmentally polluting coal-based capacity is a big fall from current levels where coal plants accounts for more than 50 per cent of installed capacity of roughly around 3,40,000 MW.

What is heartening to see is the government power survey clearly indicating big expansion of renewable capacity in the country, which is set to become the largest energy provider over the next five years. So, renewable capacity is set to increase from current levels of just about 1,00,000 MW to over 2,75,000 MW by 2026-27. This is much more than coal capacity.

The focus of Government is to increase the share of renewable energy which is available in plenty within the country to meet the requirement of the country and also export to our neighbouring countries.