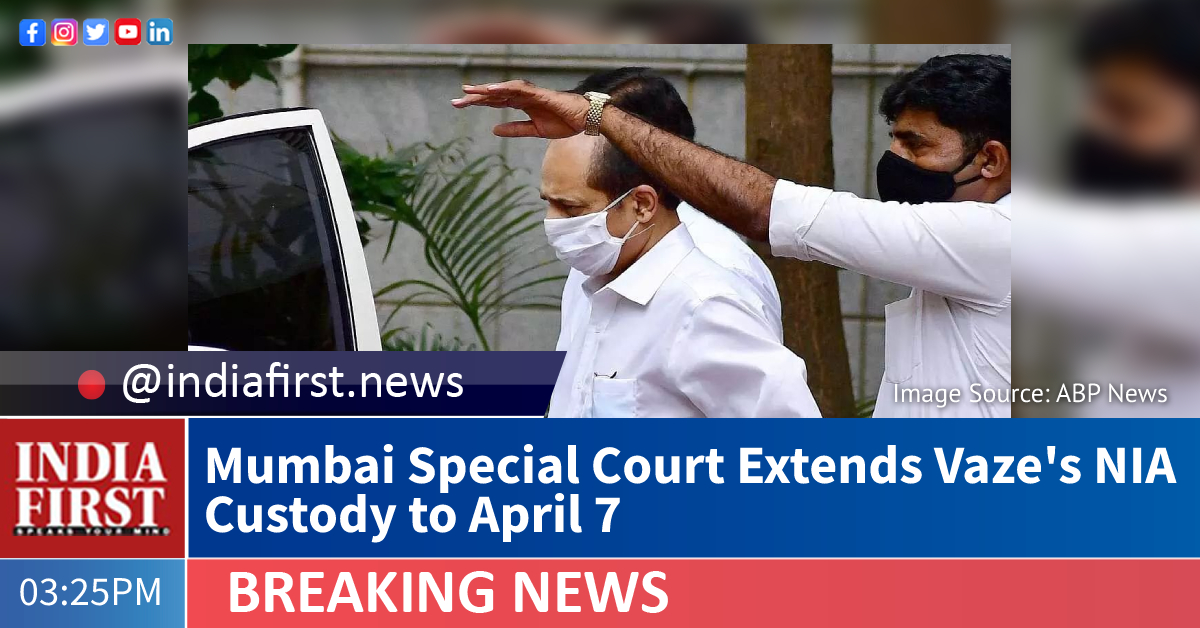 A Mumbai Special Court yesterday extended the custody of arrested-suspended cop Sachin Vaze –  the prime accused in the Ambani Bomb Scare SUV and the Thane businessman’s death cases – to the National Investigation Agency until April 7.

The Special Court has also directed the probe agency to extend any medical assistance that may be required by Vaze following a plea by his lawyers and also directed NIA to furnish a detailed health status report of the accused at the next date.

Vaze was produced before the Special Court by the NAI after his remand ended and the agency demanded a further week’s custody of the accused as the probe into the conspiracy angles of both cases was in the final stages.

Additional Solicitor-General Anil Singh, representing the NIA, arguing for extension of custody, said that the investigators have unearthed several incriminating evidences like a DVR of CCTV footage, laptops and other things which need to be examined and verified.

He added that the NIA is not only investigating the case of the SUV abandoned with gelatin sticks and a threat note near the home of industrialist Mukesh Ambani, but also other related cases like the death of businessman Mansukh Hiran in which Vaze is the prime accused.

At the next hearing on April 7, the NIA will produce the 3 main accused in the case arrested till date – Vaze, a convicted cop Vinayak Shinde and a cricket bookie Naresh Gaur before the Special NIA Court.

The NIA has till date seized 9 vehicles used/driven by Vaze, including the two latest additions – an Audi and a white Mercedes Benz – which will undergo forensic tests.

An SUV Scorpio was found near the Antilia on February 25 followed by the mystery death of Hiran whose body was fished out of the Thane Creek marshes on March 5, both cases sparking off a major political row, and leading to Vaze’s arrest on March 12.