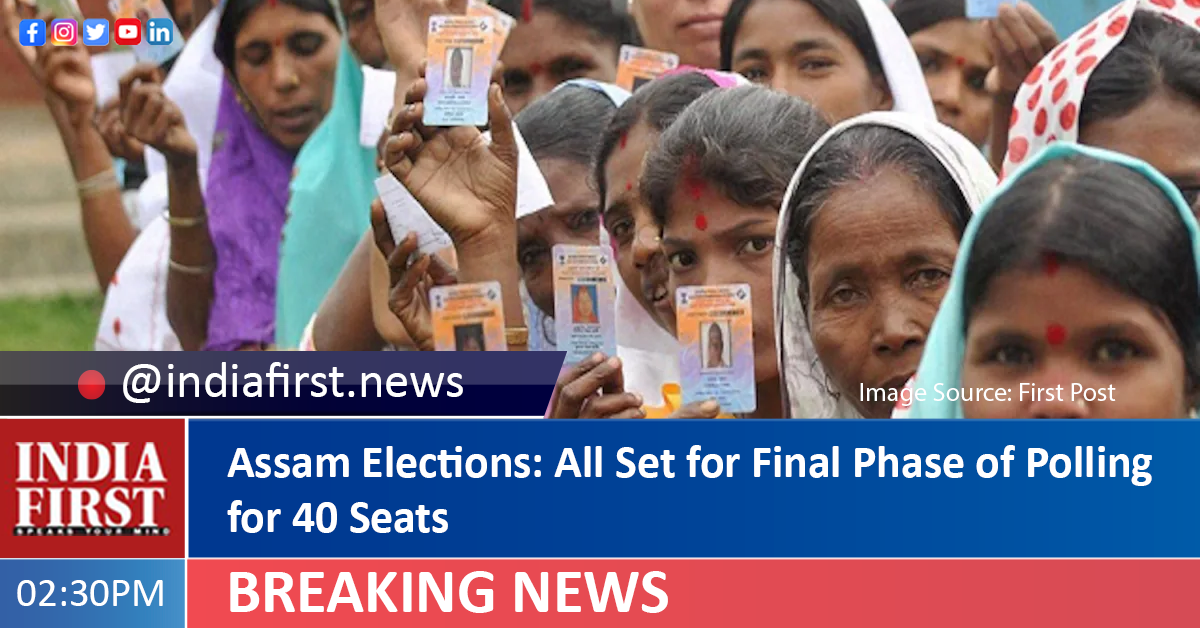 Assam is ready to hold the third and final phase of assembly elections on 40 of the total of 126 assembly seats tomorrow when the electoral fate of 337 candidates, including 25 women aspirants, would be decided. Tuesday’s electoral battle is crucial for the ruling Bharatiya Janata Party (BJP) and the opposition Congress as both the parties had won 11 seats each in 2016 assembly polls.

BJP’s ally Asom Gana Parishad last time bagged four seats while Bodoland People’s Front (BPF) and All India United Democratic Front (AIUDF) had secured eight and six seats, respectively. Both the BPF and the AIUDF this time are allies of the Congress-led ‘Mahajot’ (grand alliance). In the last elections, the BPF was with the BJP and the AIUDF fought the polls independently.

The third phase of polling in western Assam’s 12 districts would decide the political fate of BJP’s pointsman and Finance, Health, Education, PWD Minister Himanta Biswa Sarma and ruling party’s state President Ranjeet Kumar Dass. Sarma, convener of the BJP-backed North East Democratic Alliance, is contesting from the Jalukbari seat from where he consistently won since 2001 while Dass is contesting from Patacharkuchi seat. In the last elections in 2016, he was elected to the assembly from the Sorbhog constituency.

Assam Chief Electoral Officer Nitin Khade said that all preparations have been completed to conduct free, fair, peaceful and smooth elections on Tuesday, when 79,19,641 voters including 39,07,963 women electorates are eligible to cast their votes across 9,587 polling stations in 6,107 locations. Of the 9,587 polling stations, 316 are all women managed polling stations.

During the campaign, the BJP highlighted the “perfect NRC (National Register of Citizens)” while the main opposition Congress gave top priority to the Citizenship (Amendment) Act, even as both the national parties had common issues of empowerment of women, jobs to youth and protecting the Assamese culture.

After the Bodoland Territorial Council polls in December last year, the BJP had forged an alliance with the United People’s Party Liberal (UPPL) and the Gana Suraksha Party (GSP), discarding its old ally Bodoland People’s Front (BPF). The Asom Gana Parishad (AGP) remains an ally. To take on the BJP, the Congress, which governed Assam for 15 consecutive years (2001-2016), formed a 10-party ‘Mahajot’ (grand alliance), also comprising three Left parties – the CPI-M, the CPI and the CPI-ML, along with the AIUDF, the Anchalik Gana Morcha, the BPF, the Rashtriya Janata Dal and two community-based parties – the Jimochayan (Deori) People’s Party and Adivasi National Party.