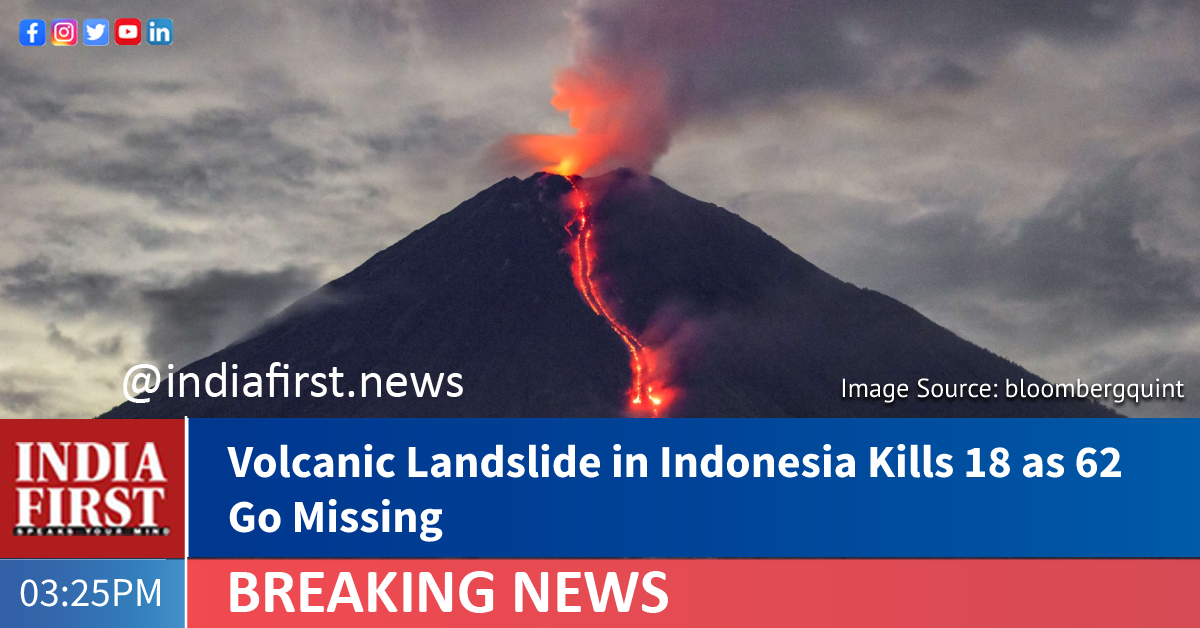 At least 18 people were killed and 62 missing after their villages were hit by cold mudflows from a volcano on Indonesia’s Lembata island, an official said today.

The death toll is likely to increase as information was still being collected from villages, he said.

Mount Lewotolok has been rumbling for months.

In another part of the province, the death toll in flash floods and landslides that hit villages on Adonara island rose to 55, with more than 20 still missing, according to the National Disaster Management Agency.

The climatology and meteorological agency predicted that some parts of Indonesia could face extreme weather, with heavy and torrential rain, strong winds and large waves during the week ahead.

Disaster-prone Indonesia has recorded 968 disasters as of March 30 this year, most of which are wet hydrometeorological hazards with 870 occurrences, including 414 hazards caused by flooding.