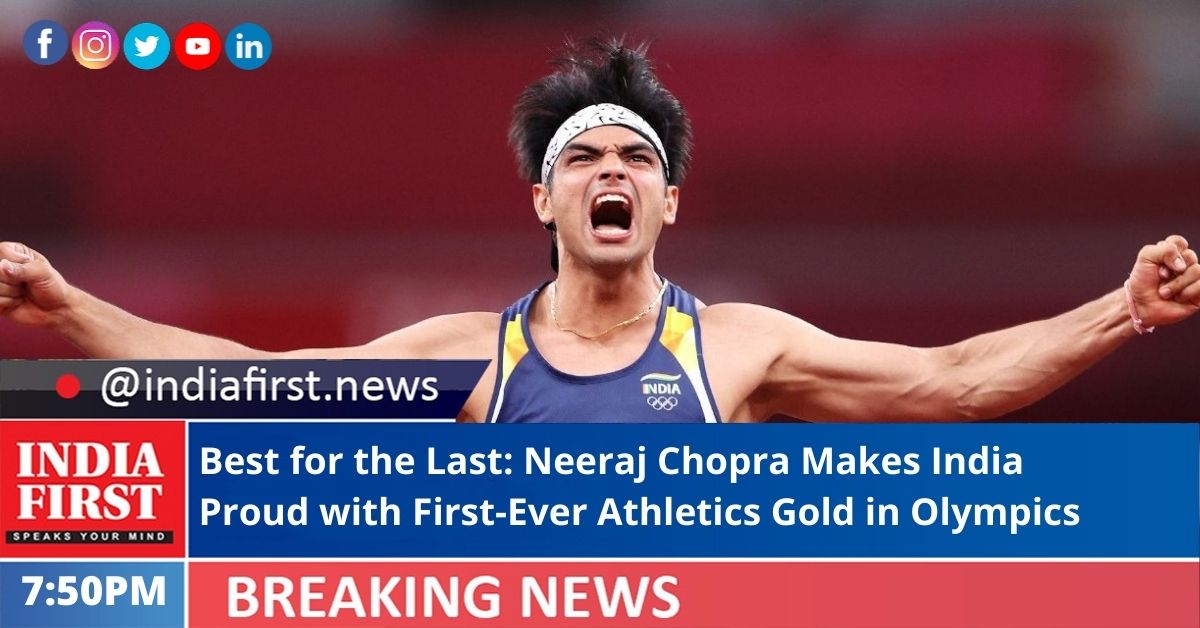 Neeraj Chopra today made history by becoming the first Indian to win gold medal in athletics at Olympic Games when he clinched first position at Tokyo 2020 with a throw of 87.58 metres in the javelin competition.

Chopra has also become only the second Indian after Abhinav Bindra to win an individual gold medal at the Olympics. Chopra now holds gold medals in javelin throw at the Commonwealth Games, Asian Games and now the Olympics, all at the same time.

Chopra’s gold means India, with seven medals at Tokyo Games, have surpassed the tally of six medals won at 2012 London Olympics. This is the most medals won by India in a single edition of Olympics.